Indigo Adults: Understanding Who You Are and What You Can Become

Are you an Indigo Adult Soul and don’t know it?

A new type of person is coming into incarnation right now, almost a “next step” in human evolution. These people hold great hope for the future–the promise of a new humanity and civilization. They are visionary and creative, progressive and independent. They carry new energies and manifest different ways of thinking and feeling.

There are no reviews yet!

Be the first to write a review Cancel reply

111 Morning Meditations: Create Your Day with Intention $17.00
Add to Wishlist

A regular meditation habit can make you healthier, happier and more successful than ever!

What do history’s greatest minds as well as today’s most successful athletes, supermoms, CEOs and celebrities all have in common? They Meditate! Meditation is not just for the yogis. It’s for everyone, of every age. Meditation is for all of humankind.

Thousands of years prove it, and Western science backs it up: Meditation removes stress and replaces it with a sense of inner peace and calm. It’s one of the best tools you have to deal with physical and psychological distress, balance your emotions and be in the present moment. Meditation will help you experience greater calm in the midst of the chaos. It will connect you to your inner-most feelings and challenge our habits of self-judgment.

From the creator of 365 Days of Angel Prayers comes a new book on how meditation can help you lower blood pressure, relieve chronic pain, reduce stress and celebrate life. 111 Morning Meditations – Create your Day with Intention offers you the opportunity to start your day with peace and tranquility, helping you create a habit that can only benefit you and those around you. Meditation opens the door to real happiness, health and healing.

Lost Masters: Rediscovering the Mysticism of the Anciet Greek Philosophers $15.95
Add to Wishlist

Meditation classes in ancient Rome? Ashrams in Europe BC? Greek philosophers studying in India? Though the thinkers explored here (including Plato, Aristotle, and Plutarch) are acknowledged for having laid the intellectual and moral foundation of the Western world, Linda Johnsen shows that a vital aspect of their wisdom and teaching is unknown, denigrated, or even suppressed in the West. What has been lost – and which Johnsen illuminates in lively and accessible prose – is the importance the Greeks themselves acknowledged of their contact with the East, and the way the Greeks were regarded not just as philosophers but as sages and spiritual masters as late as the Renaissance. As a shared mystical tradition comes into focus, ancient teachings that may have seemed dull and outdated become vibrant and relevant while profound practices previously deemed alien and other can be embraced.

“It is a tragedy, and deeply absurd, that we in the West have lost touch with the wisdom of the extraordinary mystics who gave rise to our own civilization. This book is a lively and valuable introduction to that wisdom, and helps open the door again to those mystics and their transformative teachings, which we have been denied access to for so long.”
— Peter Kingsley, author of Reality and In the Dark Places of Wisdom

A New Earth – Awakening to Your Life’s Purpose $15.00
Add to Wishlist 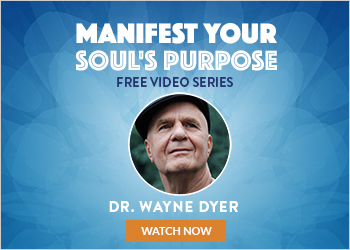 With his bestselling spiritual guide The Power of Now, Eckhart Tolle inspired millions of readers to discover the freedom and joy of a life lived “in the now.” In A New Earth, Tolle expands on these powerful ideas to show how transcending our ego-based state of consciousness is not only essential to personal happiness, but also the key to ending conflict and suffering throughout the world. Tolle describes how our attachment to the ego creates the dysfunction that leads to anger, jealousy, and unhappiness, and shows readers how to awaken to a new state of consciousness and follow the path to a truly fulfilling existence.

The Power of Now was a question-and-answer handbook. A New Earth has been written as a traditional narrative, offering anecdotes and philosophies in a way that is accessible to all. Illuminating, enlightening, and uplifting, A New Earth is a profoundly spiritual manifesto for a better way of life—and for building a better world.

This website uses cookies to improve your experience while you navigate through the website. Out of these cookies, the cookies that are categorized as necessary are stored on your browser as they are essential for the working of basic functionalities of the website. We also use third-party cookies that help us analyze and understand how you use this website. These cookies will be stored in your browser only with your consent. You also have the option to opt-out of these cookies. But opting out of some of these cookies may have an effect on your browsing experience.
Necessary Always Enabled
Necessary cookies are absolutely essential for the website to function properly. This category only includes cookies that ensures basic functionalities and security features of the website. These cookies do not store any personal information.
Non-necessary
Any cookies that may not be particularly necessary for the website to function and is used specifically to collect user personal data via analytics, ads, other embedded contents are termed as non-necessary cookies. It is mandatory to procure user consent prior to running these cookies on your website.
SAVE & ACCEPT
X

In light of the latest information and the implications regarding COVID-19, any readings sessions with Michelle that are currently scheduled may resume via telephone or video conference. In person activities may be suspended or rescheduled, updates will be shared in the coming days or weeks, informing regarding those affected of any changes, if applicable.
The phone will continue to be attended and your calls and session requests will be returned as soon as possible. However, please allow us additional time to return any communications due to increased number on inquiries at this time.
Michelle Beltran wishes you, your family and loved ones to remain healthy and optimistic during this uncertain time.
Best regards
Michelle Beltran